Welcome to #revoLOLshun Home of da CATifesto!
Our Purrrrpose: To clearly state our needs and wants in maintaining a happy, fur-friendly household. Read da full CATifesto...

Attn staff: You made 'rules', I disagreed. I offered a compromise, which we then tweaked together. 'Nuff said. 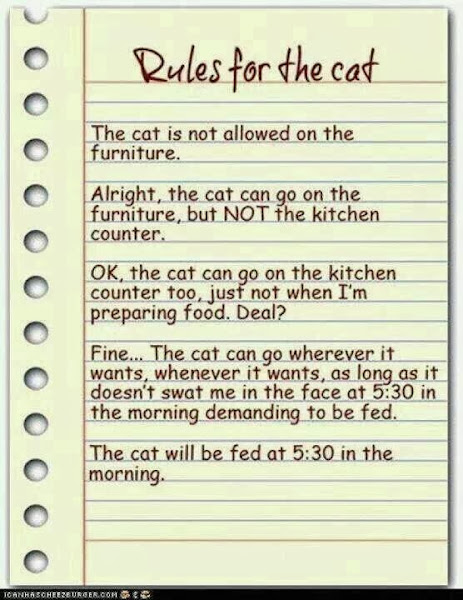 Email ThisBlogThis!Share to TwitterShare to FacebookShare to Pinterest
Labels: LordSimba1

1st: Humans only get tuna when WE decide to share; and 2nd: Tuna must NOT be altered in any way!

Hoomans has to learn to watch where dey sits or lies down or puts da feet. My tail is where it is.

Be a revoLOLshunary... "Follow" I Can Haz revoLOLshun? or add us to your blogroll.

Whenever I hear the name Belfast I remember what the Belfast City Council did to that poor dog Lennox.

The United Kingdom has decided that the phrase "dangerous dog" refers not only to certain behaviors, but even to certain breeds. Lennox was a dog in Belfast, Ireland who was confiscated and held for two years before being euthanized. Lennox never bit anyone. Not even while being abused in captivity.

Read a list of Dogs that are banned in the UK. To make it worse, dogs only have to vaguely resemble banned breeds to be subject to seizure and destruction. 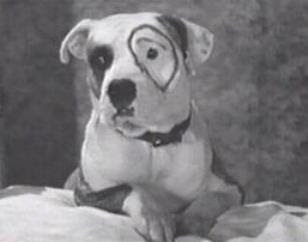 Beloved Petey the Pup
of The Little Rascals and Our Gang comedies,
UKC registered in 1936 as a Staffordshire Terrier.

Fatal attacks represent a small proportion of dog bite injuries to humans and,therefore, should not be the primary factor driving public policy concerning dangerous dogs. Many practical alternatives to breed-specific ordinances exist and hold promise for prevention of dog bites. (J Am VetMed Assoc2000;217:836–840) The Centers for Disease Control, Breeds of dogs involved in fatal human attacks in the United States between 1979 and 1998

BSL MUST be replaced with intelligent laws pertaining to obedience training, to behavioral interventions, and to prosecuting irresponsible owners.

Update: Dog trainer and celebrity Victoria Stilwell has taken a stand against Breed Specific Legislation. Let's give her our support.

I will not rest until the Dangerous Dogs Act is changed. It is a highly flawed piece of legislation doomed to fail right from the start and targets innocent dogs and families. It does not protect the public from dangerous dogs. I and thousands like me are going to work hard to get the law changed. I have helped shape the recently passed Responsible Dog Owner Law in the State of Georgia, USA. The new law puts the emphasis on owner irresponsibility rather than targeting any particular dog. Hold owners accountable and enforce tough laws on those who abuse them. We can do the same in Britain and other American states. This will make people a lot safer from all dangerous dogs regardless of breed than the DDA and will only prosecute the guilty while protecting the innocent.

Thanks to TVAcres.com for the picture of Petey.

New to #revoLOLshun? Be sure to read da CATifesto. Be a revoLOLshunary... "Follow" I Can Haz revoLOLshun? or add us to your blogroll.
Posted by Mr. Breeze at 12:03 PM 2 comments: 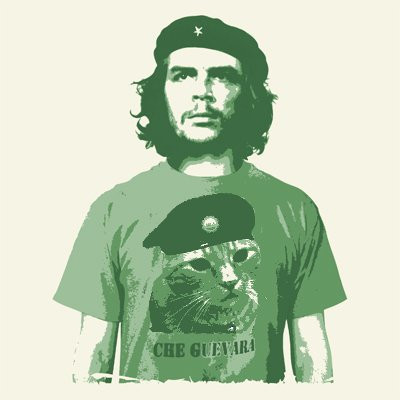 Be a revoLOLshunary... "Follow" I Can Haz revoLOLshun? or add us to your blogroll.

Posted by Sisfurcat Bugs Bunny at 11:00 PM No comments: 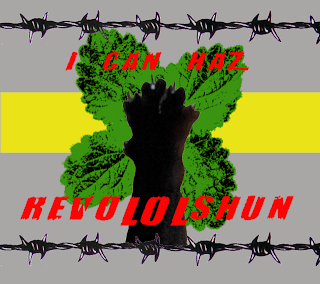